Skip to content
I’m proud of that The Hypothesis No.2 (From a triple collection I composed for electronic),
Selected in among four selected works Iranian composers.
And September 25 & 26, 2020 will be performed at the 38th International Conference of the World Confederation of Electroacoustic Music، Online from the Polish Academy of Music in Krakow

Spectro Centre for New Music
…
The International Confederation of Electroacoustic Music (ICEM) was founded in 1981 in Bourges, France, at the initiative of Christian Clozier. In 1974, Clozier had founded the Journées d’Étude Internationale des Musiques Expérimentales (JEIME), bringing together composers from all over the world during the second week of the International Festival of Experimental Music of Bourges. These meetings, where discussions about various aspects of electroacoustic music took place, provided an important forum for reflecting on social, aesthetic, technical, and economic issues.
https://www.cime-icem.net/
…
Spectro Music Center has been selected and introduced since 2015 as the official organization and representative of the International Confederation of Electroacoustic Music in Iran and the first center in the Middle East
www.spectrocentre.com
https://www.cime-icem.net/?fbclid=IwAR2ZqjdQNlEVkt0WavJK95NVk1Y9B1lKR0svdQ-dP6eAj9qJrDco2j_8K_o
https://www.cime-icem.net/?fbclid=IwAR2ZqjdQNlEVkt0WavJK95NVk1Y9B1lKR0svdQ-dP6eAj9qJrDco2j_8K_o 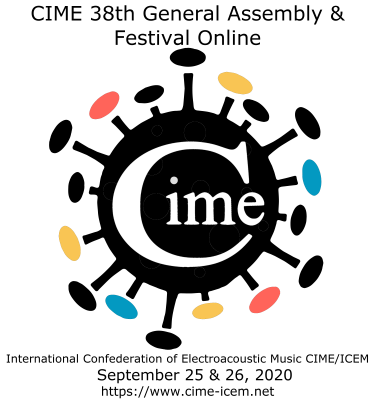